The Destructive Propaganda of the Mental Health Industry:

How Did We Get Here?

Where Are We Going? 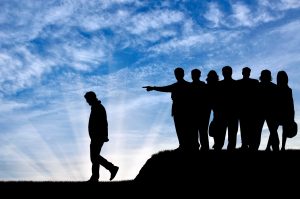 Dedicated to the life and memory of Paula J. Caplan, Ph.D.

Out of an abundance of caution regarding the COVID-19 pandemic, we decided to hold this year's conference by virtual platform.

Since the dawn of civilization, the human species has struggled with the "other," the foreign, the different, the unusual, the suffering, the mad, the crazy, the psychotic, and those deemed "less than," sometimes kindly, many times with great cruelty. 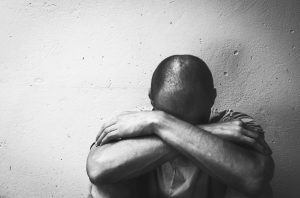 This year's conference will address the question: "How did we allow biological psychiatry take a strangle hold of the struggles and diversity of humanity?" The presentations of our conference will explore how the so-called "medical model" has insinuated itself through privilege and power into virtually all aspects of our culture, from defining what is "normal" to pushing a diseased brain model of all behavior. Our schools, our courts, our healthcare, our every day life have felt the impact of psychiatry's prejudices.

Join us a we critically examine how Big Pharma and Psychiatry influence our lives and our thinking.

11:05 AM PST // 2:05 PM EST
Talk 2: Eugenics and the History of Mental Mis-Treatments: The "Science of Racial Betterment," the Mentally Unfit, and Utopian Promises of Breeding the Super Race
Oksana Yakushko, Ph.D., psychologist 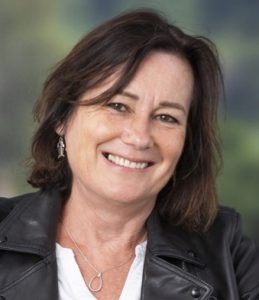 Dr. Johnstone is a consultant clinical psychologist, author of Users and Abusers of Psychiatry (2nd edition, Routledge, 2000) and co-editor of Formulation in Psychology and Psychotherapy: Making Sense of People’s Problems (2nd edition, Routledge, 2013) and A Straight-Talking Guide to Psychiatric Diagnosis (PCCS Books, 2014), along with a number of other chapters and articles taking a critical perspective on mental health theory and practice.

Lucy is an experienced conference speaker and lecturer, and currently works as an independent trainer. Her particular interest and expertise is in the use of psychological formulation, in both its individual and team versions, and in promoting trauma-informed practice.

Eugenics and the History of Mental Mis-Treatments: The "Science of Racial Betterment," the Mentally Unfit, and Utopian Promises of Breeding the Super Race - Okasana Yakushko, Ph.D., psychologist 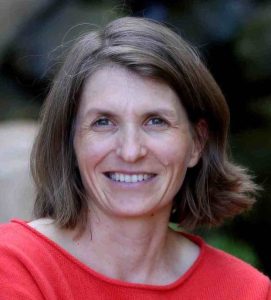 Dr. Yakushko is a licensed psychologist, practicing clinician, and a professor in the Clinical Psychology program at Pacifica Graduate Institute (Carpinteria, CA). Her initial scholarship focused on xenophobia and such global concerns as trafficking and gender violence. Her recent work seeks to examine the impact of historical forms of scientific ideologies, such as the eugenics movement, on past and contemporary discipline/practice of psychology and other mental health fields. In addition, she traces eugenics based sciences/scientism to such contemporary phenomena as "race realism" (dominant in promotion of White supremacy), "evolutionary psychology" (central to justifications in the "manosphere" and related online misogyny groups), and "positive psychology" (highly popularized psychology efforts to promote ahistorical, biologized and social/emotional control-based views of humanity). She is an author of over 60 peer reviewed articles and book chapters. Her recent books include Modern Day Xenophobia (Palgrave, 2018) and Scientific Pollyannaism (Palgrave, 2019). Her upcoming publication entitled "Shameful Sciences!": Eugenics and Its Evolution in American Psychology is scheduled to be released in 2022. She is a Fellow of the American Psychological Association, a Board Member of APA's Division 39 (Psychoanalysis), and the recipient of the Leadership Award of the Committee on Women in Psychology (APA) in 2021. 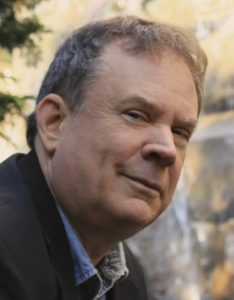 Dr. Walker is a liberation psychologist, writer, and musician who traces his connections to Indian Country through consulting work with the Confederated Tribes & Bands of Yakama Nation in central Washington state as well as via his music and Missouri Cherokee heritage. His series of critiques of the U.S. mental health system’s checkered role with Native Americans for Indian Country Today (ICT) was well received and controversial. His new book, Coyote's Swing: A Memoir & Critique of Mental Hygiene in Native America, is currently pending
publication at Washington State University Press and slated for 2022. ICT praised Dr. Walker's Medicine Valley novels, Tessa’s Dance and Signal Peak, for dealing “with all the issues of tragedy, psychological healing, and cultural and language revitalization. . . necessary in the
wake of centuries of genocidal efforts to destroy our Nations and Peoples.” An established singer-songwriter, Music Hound’s Essential Guide to Folk Music calls David “a singer-songwriter with a special ability to reach listeners” via “rich metaphors, spiritual themes,
moving ballads, and ambitious fingerstyle guitar work.” You can learn more at www.davidedwardwalker.com. 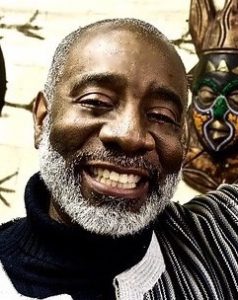 Dr. Washington is an African-Centered psychologist licensed in Florida and Washington, DC. He is a graduate of Grambling State University as well as Texas A&M University. He has taught/lectured at several colleges nationally and internationally. NBCUniversal/BEN, National Alliance to End Homelessness, Roland Martin, Essence and many other national and international organizations have sought his expertise on psychological matters. He is a Past President of the Association of Black Psychologists and is currently an Associate Professor and Head of the Sociology and Psychology at Grambling State University and he is the National Director of Black Marriage Day. As a Fulbright-Hays scholar Kevin (Mwata) researched the impact of socializing institutions on the healing or restructuring of post-apartheid South Africa (Azania). It was in South Africa where he researched Ubuntu and how it can inform mental health service delivery to people of African ancestry and others. Much of his work focuses on healing the psycho-spiritual wounds that are present within people as a result of Cultural and Historical Trauma.  Mwata continues to develop healing paradigms for persons of African ancestry who have been impacted by Persistent Enslavement Systemic Trauma (PEST). He is the founder of Ubuntu Psychotherapy which is a culturally sensitive modality for mental health counseling and Psychotherapy for Black men and boys as well as Black/African families. He advances culturally-relevant trauma informed care and interventions to be utilized by psychotherapists, that are culturally inclusive and particularized to the healing of Black and brown people. Through his research and writing he seeks to assist people to live life with power, purpose and passion. 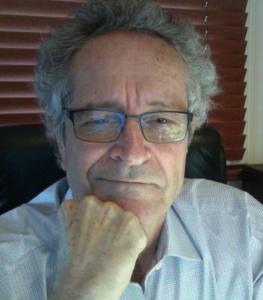 Dr. Tarantolo is a psychiatrist, psychoanalyst, group therapist for over 40 years on Capitol Hill. He specializes in helping patients come off psychotropic drugs.

He published  “Primum Nocere, First to Harm, a Critique Of Neuroleptics and Theory Why they Continue to Be Prescribed” and had a cameo appearance in the film, "Thank You For Your Service” concerning the moral damage of war to American combatants. 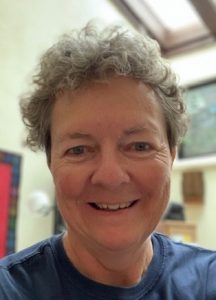 Since transitioning out of the military in the spring of 2002, Dr. Jackson has extensively researched the toxicity of psychiatric medications.  She has lectured widely in the United States and Europe in an effort to educate others about the limitations and dangers of these drugs.

An author of several peer reviewed articles and chapters, as well as two books (Rethinking Psychiatric Drugs; Drug-Induced Dementia), Dr. Jackson has applied her knowledge in a wide variety of clinical settings.  Currently, Dr. Jackson specializes in emergency room and hospital consultations where she implements a “target organ toxicity” approach to the optimal use of psychiatric medications.  She is a passionate advocate for holistic and comprehensive medical care of consumers/clients/patients within the mental health system.

Panel: The Medicalization of War Trauma: Who Is Served by This Model? - Mary Neal Vieten, Ph.D., ABPP, psychologist, and Warfighter Advance alumni: 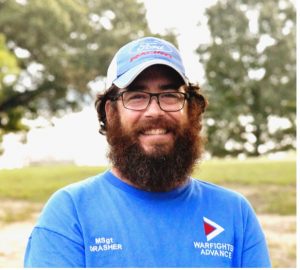 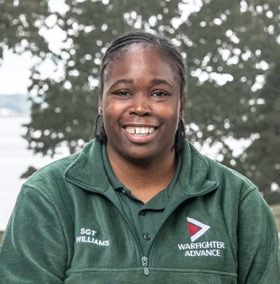 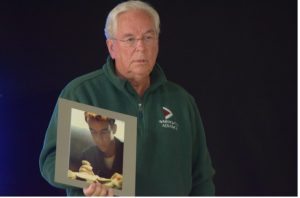 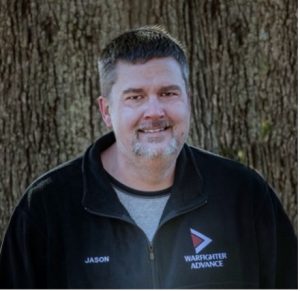 This panel includes combat veterans who have survived the medicalization of their emotional response to war. They discuss the impact of DSM-5 labels and psychiatric drugs on their reintegration, the difficulties of withdrawal, and the permanent physical injuries the drugs have caused. 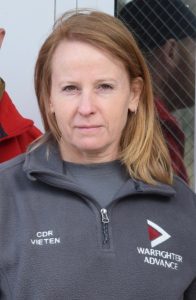 Dr. Vieten is a board certified clinical psychologist and U.S. Navy Commander (retired). She served on active duty from 1998 to 2008, with tours at the Naval Medical Center Portsmouth, Roosevelt Roads (Puerto Rico), and Naval Air Station Patuxent River. In 2008, Dr. Vieten transferred to the Select Reserve, where she has held several positions, including the Officer-in-Charge of the Headquarters Detachment, and Regional Detachment Director for New England, Expeditionary Medical Facility, Bethesda. In 2014, she was recalled to active duty and assigned to the staff of the Navy Chief of Chaplains where she trained over 1,000 military chaplains worldwide in pastoral response to operational and military sexual trauma. She has completed two deployments in support of Operation Iraqi Freedom and Operation Enduring Freedom.

Dr. Vieten is the Executive Director of Warfighter ADVANCE, which provides intense training programs, such as The ADVANCE 7-Day for active duty and veteran warfighters with operational stress and reintegration issues. It is a non-medical week-long training program that uses a variety of means to change the trajectory of the warfighter’s (active duty or veteran) post-deployment life, so that rather than an existence characterized by an endless cycle of mental illness diagnoses, medications, medical appointments and disappointments, the warfighter has a life characterized by pride, productivity, healthy relationships, continued service, and advocacy for the same outcomes for their fellow service members.

Her civilian practice, Operational Psychology Solutions, serves clients who are military, paramilitary (e.g., police, EMS, contractors), veterans, and civilians who work or have worked in high-risk operational environments. She actively encourages her clients to pursue trauma recovery and resilience outside of the medical model, and proactively educates them on the dangers of psychopharmacology. With this approach, she has been successful in keeping her clients in their occupations, or returning them to a fit-for-duty status, while empowering them to manage residual symptoms and assist their peers.