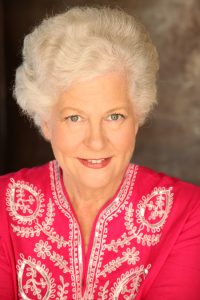 Our dear friend and colleague, Paula J. Caplan, Ph.D., died on July 21, 2021 at her home in Rockville, Maryland. Paula was a tireless advocate for those who have been harmed by the conventional mental health industry, especially women and veterans. She has touched the lives of countless people and we can still hear the echoes of her forceful message.

It is fitting that we dedicate this conference to her, given that she spoke for those who have been branded as defective with "mental illness" labels. For decades, Paula stood toe-to-toe with the powerful and entrenched orthodoxy. One of her most notable achievements was when she served on the DSM task force in an attempt to ensure its scientific foundation and to remove the long-standing biases against marginalized and minority groups. She eventually resigned from the task force over that orthodoxy's resistance to change. Still, her voice of justice reverberated throughout the mental health professions and the lay public.

In 2019, ISEPP presented Paula with the ISEPP Lifetime Achievement Award. It states:

Dr. Paula J. Caplan has worked for decades as a dissident psychologist who has courageously challenged the false claims of psychiatry. Since the 1980s she has painstakingly exposed the damaging effects of psychiatric diagnoses. She served on the DSM Task Force in an attempt to ensure its scientific foundation, eventually resigning from it in protest when it became clear that committee members were only interested in maintaining the status quo of regulating natural human behavior. She widely published these diagnostic dangers in her book They Say You’re Crazy: How the World’s Most Powerful Psychiatrists Decide Who’s Normal, and in the award-winning Off-Off-Broadway play “Call Me Crazy.” She has also spoken out about how women have been harmed by the system’s misogyny and veterans’ screams of war trauma are silenced. Dr. Caplan’s efforts give consumers of mental health services a true understanding of psychiatric diagnoses and treatment, ensuring the principle of informed consent is maintained. Her activism has shown a bright light and brought to public notice the terrible harms suffered by so many who seek help from the traditional mental health system. Dr. Caplan’s many efforts have immeasurably benefited mental health professionals and the consumers of mental health services. The distinctive life and achievements of Dr. Caplan reflect great credit upon herself and makes her more than deserving of this award for lifetime achievement.