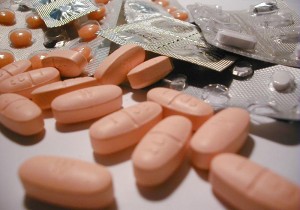 Psychiatric drugs sedate or excite brain activity by increasing or decreasing the availability of certain neurochemicals. In doing so, they "work" by reducing or increasing emotional sensations and cognitive functions. As a result of this artificial change in brain chemistry, the brain attempts to compensate for the drug's effect by working in the opposite direction. For instance, if a psychiatric drug increases the brain chemical serotonin, the brain interprets this as an excess in serotonin so it tries to reduce its production and sensitivity to serotonin. It is this compensatory process that leads to dependence on the drug and withdrawal symptoms if the drug is stopped. When multiple psychiatric drugs are prescribed, the withdrawal effect is more problematic.

For those of you who want to stop taking psychiatric drugs, we have listed here several resources to help you. It is very important that you contact the person who is prescribing your drug before attempting to wean off the drug by yourself and DO NOT stop taking the drug "cold turkey". This can cause very serious withdrawal reactions. Each prescriber has an ethical obligation to provide you with instructions on how to safely wean off the drug and  to supervise your progress. The resources below are provided as an adjunct to this.

The Inner Compass - The Withdrawal Project

The Alternative to Meds Center

Guide to Choices in Coming Off Psychiatric Medications

Coming Off Psych Drugs: A Meeting of the Minds (YouTube)

More Support and Information Needed for Getting Off Psych Drugs