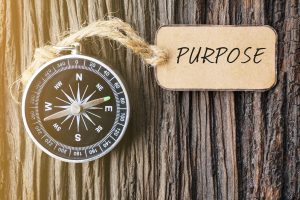 ISEPP has a long history that began in the early 1970s, when psychiatrist Peter Breggin, M.D., established the Center for the Study of Psychiatry (CSP) in Bethesda, Maryland in the United States. Its purpose was to critically examine and publicize harmful aspects of the burgeoning mental health industry, and to encourage the development of a more humane and scientifically based system of care.

For several years, CSP was unofficially known as the International Center for the Study of Psychiatry and Psychology (ICSPP), although an organizational name change to that effect was never submitted to state regulators.

CSP wasn't formalized as a non-profit until in 1991, when Articles of Incorporation were filed. The Articles specified that its purpose was to “function as an independent, nonprofit research and educational institute to examine and disseminate information concerning the impact of psychiatric theory and practice upon personal freedom, liberty and a moral and spiritual conception of humanity.”

The Articles also established the first Board of Directors, the duties, authority, and procedures of which were codified in newly written By-Laws. Since then, nearly all Board members have been practitioners or academicians of psychiatry, clinical psychology, and related fields. The organization's membership was initially limited to the northeastern United States. However, over the years, it has expanded to include other areas in the United States as well as Australia, the United Kingdom, Japan, Brazil, Canada, and the Netherlands.

In 1999, in line with the scientific, educational, and professional focus, a peer-reviewed journal was established as a vehicle to carry forth the organization’s critical ideas and to promote ongoing interest by practitioners and academicians. That journal was called Ethical Human Sciences and Services (EHSS) until 2005, when its name was changed to Ethical Human Psychology and Psychiatry: An International Journal of Critical Inquiry (EHPP). At present, EHPP is published twice a year by Springer Publishing.

Dr. Breggin was the organization's first Executive Director. In the early 2000s, he decided to step down from that position and a new Executive Director was elected by the Board. Over the subsequent years, successive Board members have been elected to fulfill the duties of Executive Director, as well as the other formal offices of Chairperson of the Board, Secretary, and Treasurer.

Shortly after he resigned as Executive Director, disagreements developed between Dr. Breggin and the rest of the Board, culminating in his decision to leave the organization entirely in 2010.

When he left, Dr. Breggin retained ownership of the website URL (www.icspp.org). But because the organization had been known by the initials ICSPP and had used that website address for nearly 20 years, the Board clarified the situation by filing Articles of Amendment with the state to officially change the organization’s name to ISEPP. Additionally, the website address was changed from www.icspp.org to www.psychintegrity.org.

As is common with any organization, and as is evident from the above history, ISEPP has weathered internecine tension and changes in leadership over the years. However, the organization never dissolved and it hasn't lost sight of its original purpose of exposing the unscientific medical model of mental illness, the corollary claim that medical remedies are warranted as treatment for those alleged illnesses, and its inhumane, dangerous, and demoralizing effect on consumers.

ISEPP's purpose has always been to educate and recruit practitioners and academicians of the mental health professions who use scientific methods, both quantitative and qualitative, to critique the medical model of human distress. These professionals are the key element in changing the conventional system, given that they are trained in post-graduate programs that emphasize critical thinking and a scientific approach to their work, and they are ethically bound by those standards.

The organization was not intended as a consumer rights group. Although it has always welcomed as members the consumers of mental health services (commonly referred to as “survivors”), its main purpose is to bring together free-thinking practitioners and academicians who recognize the dangers of the medical model of human distress and who desire to change the orthodox system from within for the benefit of those and future consumers.

There are so many avenues for psychiatric survivors now, but few to none for professional interests in this fight against the medical model. The organization is in alignment with survivors and their movements, but it is not one of them, per se. Importantly, the leaders of the organization acknowledge that many professional members of ISEPP have also been "patients" of the mental health industry to varying degrees, rendering the distinction between professionals and survivors moot. The distinction is not between professionals and survivors, but between a humane and inhumane system of care.

The organization’s motivation for challenging psychiatric orthodoxy was strongly influenced by Thomas Szasz, M.D., a psychiatrist at the Upstate Medical University in Syracuse, New York, and one of Dr. Breggin’s mentors. The ideas contained in Dr. Szasz’ 1961 seminal book, The Myth of Mental Illness: Foundations of a Theory of Personal Conduct, exposed the soft underbelly of prevailing psychiatric theory. His ideas spread throughout the mental health professions as a time when psychiatric drugs were being commercialized and the mental health professions were becoming increasingly oriented toward a medical model and reliant on those pharmaceutical interventions. Dr. Szasz stayed connected to ISEPP, culminating his support to the organization in his plenary address at ISEPP's 2011 conference in Los Angeles, less than one year before his death.

These critical challenges to the medical model have threatened the status quo mental health industry and, driven mostly by guild interests and not science or critical thinking, that industry has worked hard to discredit them. This is typically done through straw man arguments, ad hominem attacks, and playing fast and loose with the definitions of concepts like illness, disease, and treatment.

One favored ploy of the mainstream has been to discredit those who challenge the status quo by claiming they are Scientologists. Since its founding in the 1950s, the Church of Scientology has always pursued a strong and well-funded campaign to propose an alternative to psychiatry.

Dr. Szasz allied with them in 1969 to create the Citizens' Commission on Human Rights (CCHR). However, he always stated clearly that he was not a Scientologist and he did not support Scientology: "I have nothing to do with Scientology.” He explained that the only reason he associated with them to form CCHR was because of their substantial financial resources that could be crucial in challenging an equally financed mental health industry that had gone off the rails. Given the amount of confusion and damage this has had over the years on the critical psychiatry and psychology movement, one must image Dr. Szasz saw it as an unfortunate mistake in hindsight. (See https://www.abc.net.au/radio- national/programs/allinthemind/thomas-szasz-speaks-part-2-of-2/3138880#transcript).

Just as Dr. Szasz did, ISEPP has publicly denounced Scientology and refuted any claim of alliance with them. In fact, if the many publicly revealed allegations against Scientology are true, it would make them just as harmful and dangerous as the conventional mental health industry. See Wright, L. (2013). Going clear: Scientology, hollywood, and the prison of belief. New York, NY: Vintage Books.

This is a transparent attempt to use the poor reputation of Scientology to vilify those who challenge the psychiatric status quo, and enable the mainstream to distract attention and help it avoid answering the many critiques levied against it. Thus, after 60 years of these kinds of attacks, the orthodoxy has yet to present any evidence to support their primary assertion that emotional distress and troublesome behaviors are the result of internal dysfunction or disease to be handled with a medical system of assessment and care.

Still, the orthodoxy’s political and financial power has kept ISEPP membership relatively low. This is primarily because of the above attacks that falsely characterize ISEPP as a fringe organization operating outside the standards of science and not to be taken seriously. Some members have been professionally ostracized, legally threatened, and even terminated from employment because of their courage, making others shy about joining.

But despite this effort, ISEPP has become a professional haven for practitioners and academicians around the world who challenge the status quo of the mental health industry. The organization provides strength in numbers that demonstrates its tenets are driven by science, logic, and critical thinking, not the grievances of disgruntled professionals, vindictive consumers, or wild conspiracy theorists.

ISEPP’s questions of the orthodoxy are simple. To repeat, these questions have never been answered:

If these questions cannot be answered, or if the orthodoxy refuses to answer them, the medical model of human distress must be abandoned!