A Paradigm Shift: From Pathologizing to Valuing Emotions

Join ISEPP now and take advantage of the member rate. Your membership will be good through 2023.

*Those who registered and attended the conference will receive the recordings free of charge. 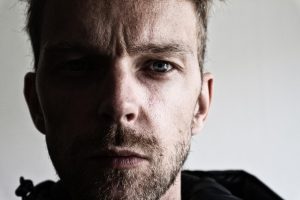 However, the19th century burst of empirical science began quantifying them as data points along with other elements of the natural sciences and largely abandoned their qualitative value. Eventually in the mid to late 20th century, medical science stepped in and reconceptualized emotions as dysfunctional symptoms of illnesses that stood in the way of productive and efficient human behavior. Thus, the goal became, and continues to be, their elimination through chemical, electrical, and surgical means in order to cure the alleged illnesses.

Join us for this year’s conference when we call for a reversal of this medical conceptualization, recapturing the meaningful and valuable nature of emotions as important guideposts to human living and not mere nuisances or signs of pathology to be eradicated. 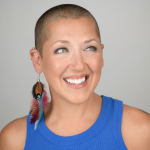 Dr. Campbell is a holistic psychiatrist and kundalini yoga teacher who is passionate about bringing awareness to the harms caused by medicating the human experience. She holds fellowships in Public and Emergency Psychiatry from Columbia University and previously managed their psychiatric emergency room. Dr. Campbell founded the non-profit organization Free Range Psychiatry, to empower people to heal dis-ease through connecting to their inner wisdom, and the Free Range Fellowship, to educate psychiatrists about holistic psychiatry and the mind-body connection. She has helped many people use a holistic approach to heal dis-ease, stop psychiatric medications and live a life in alignment with their authentic selves.

Why Smart People Hurt: Effectively Dealing with the Emotional and Real-World Consequences of Intelligence

Just as a tall person must sometimes duck entering a room and must sometimes deal with tall-person jokes (“What’s the weather like up there?”), a smart person must deal with both the real-world consequences of being smart and with the psychological and emotional consequences of being smart. These consequences include racing brain dangers (which may get erroneously diagnosed as ADHD, ADD, bipolar, etc.), existential despair (which may get erroneously diagnosed as clinical depression), characteristic anxiety reactions (which may get erroneously diagnosed as generalized anxiety disorder), and many other challenges, including feelings of isolation and alienation and the real-world dangers resulting from a stridently anti-intellectual majority culture. These consequences are always life-altering and sometimes life-threatening. This workshop, based on two of Dr. Maisel’s books—Why Smart People Hurt (Conari, 2013) and Why Smart Teens Hurt (Conari, 2020)—describes these many powerful and provocative challenges—and what smart people, and those who endeavor to help them—can do to effectively meet these challenges.

Eric Maisel, retired family therapist and active creativity coach, is the author of 50+ books, among them Why Smart People Hurt, Why Smart Teens Hurt, The Future of Mental Health, Rethinking Depression, Redesign Your Mind and The Van Gogh Blues. He writes the "Rethinking Mental Health" blog for Psychology Today (with 3,000,000+ views) and is creator of and lead editor for the Ethics International Press Critical Psychology and Critical Psychiatry series, whose first two volumes, Critiquing the Psychiatric Model and Humane Alternatives to the Psychiatric Model, appeared in 2022.

When the Paradigm Refuses to Shift: The Unending Saga of the Biopsychosocial Model

Psychiatry continues to put forth a biopsychosocial model of mental illness that has guided its practice, research, and teaching. Yet, psychiatry has failed to provide evidence for this model. This implies that holding to a discredited model goes beyond institutional “stickiness” and raises the question of actual deception. This talk will look at the history and impact of this phenomenon. The significance is that psychiatry has unequalled power to suspend people’s civil and human rights indefinitely, in ways that would never be tolerated in the judicial and forensic settings, all without valid scientific basis.

Niall (Jock) McLaren is an Australian psychiatrist who recently retired after 50 years of practice. He has extensive experience in military, forensic and remote area psychiatry, all at the rough and unglamorous end of psychiatry. As a specialist, he went back to university to study philosophy and has published a number of monographs on the application of the philosophy of science to mental disorder, most recently brought together as the biocognitive model for psychiatry. This is based in the concept of natural dualism, and provides a working model for mental disorder as a primary psychological matter, with no reason to suspect brain pathology. He lives in the rural outskirts of Brisbane with his family and keeps busy growing trees.

This presentation will track how we shifted historically from heeding symptoms as intangible events of lived significance to engineering symptoms as tangible pathogens from which to be purified. We will see how this vital error is at the root of the explosion of nihilistically driven, increased symptomology in everyday existence, and how the accompanying Sisyphusian, algorithmic, deficit-corrections used to address this conundrum actually increase more and more symptomology via an unwitting Munchhausen by Proxy. Why? Because the “IN” in IN-tangibles, or lived significance, is being ignored, overlooked, belittled, or seen as superfluous—BECAUSE it’s intangible. We will explore how to resist the “nothing-but” reduction of the intangible to the tangible, of matterings to matter, and, instead, be the clearing for, and guardians of, the “happening in the happening” disclosed in and through the symptom as trace, as icon, and as an unexpected sage.

Todd DuBose is an award winning, internationally renowned Distinguished Full Professor at The Chicago School of Professional Psychology, as well as an Adjunct Professor at Saybrook University, the California Institute of Integral Studies, the Circulo de Estudios en Psicoterapia Existential, in Mexico City, Mexico, and the International Institute of Existential-Humanistic Psychology in Beijing, China.

He is also a licensed psychologist with thirty-four years of clinical experience, nine of those years as a former chaplain at Bellevue Hospital in New York City and has over twenty years of experience as a teacher, supervisor, and consultant in local, national, and international venues. He holds advanced degrees in the integration of comparative and continental philosophy of religion and human science clinical psychology (B.A., Georgia State University; M.Div., Union Theological Seminary, NYC, Ph.D., Duquesne University).  He integrates these traditions in an existential-hermeneutical-phenomenological way of caring for others, specializing in extreme, limit or boundary events and their accompanying crises of meaning (e.g., violence, loss, trauma, psychosis, nihilism). His research and scholarship also focus on critiques of implicit biases in foundational ideologies of standardized practices of care. He is also a Board member with ISEPP and past president of the Society for Humanistic Psychology (Division 32, APA).

An Ex-Patient’s Perspective: How I Woke Up and How You Can Too

Leaving the mental health care system is not an easy task. It is wrought with self-doubt and strong opinions from the people around us. We have to redefine our relationships with the “experts” on mental health and our “symptoms.” We must re-conceptualize how to define our experiences, live with strong emotions, cope with withdrawal symptoms from medication, and what “mental health” means to us.

Angela will share her story of awakening from the beliefs of disorder and how she peeled herself away from the system that continues to hurt so many. She will share her experiences over the last three years bringing Medicating Normal – the film to over 180 audiences worldwide and share the change that is happening at the grassroots level. She will also talk about the ways in which she tapered off a complex cocktail of medications, is healing, and recreating her life outside of the mainstream paradigm.

Angela is a female combat veteran, a psychiatric drug withdrawal consultant, a writer, and a YouTube creator. She travels in her campervan across the United States, to improve the mental health care system for veterans and civilians alike. Some of Angela’s commendations include Veterans of Foreign Wars Legislative Fellow, Wounded Warrior Project Courage Award recipient, and a finalist for Student Veteran of the Year with Student Veterans of America. Her story of overmedication after trauma appears in the film Medicating Normal (2020). During the past three years, she spearheaded the outreach of the film, hosting community screenings across the world. She created a safe container for members of the audience to critically think about our modern mental health industry, informed consent, and psychiatric drug use and withdrawal. You can follow her journey online at her website and on Facebook @BeingHumanRV

Coming from two different perspectives, Drs. Galves and Tarantolo discuss the world of human emotions, especially in light of contemporary psychotherapy, the endeavor of human understanding, national mental health crises, and the future of our relationship with our emotional selves.

Dr. Tarantolo has been in the  private practice of psychiatry for over 40 years. He discovered the uselessness of antidepressants in 1987, therefore edging him on to help wean patients off of psychiatric drugs. He’s been an expert witness for plaintiffs  who have had family members with antidepressant induced suicide.  He’s written a psychological study of why doctors prescribe useless and dangerous drugs such as neuroleptics. He made a cameo appearance in the film "Thank you For Your Service" explaining the need for national grieving over the moral injury of war. He has explained that PTSD is a political diagnosis.

Dr. Galves is a clinical psychologist in New Mexico and Colorado. He has worked as a psychotherapist in community mental health centers, in health clinics, and as a school psychologist in public schools. He is a board member of MindFreedom International and the author of Harness Your Dark Side:  Mastering Jealousy, Rage, Frustration and Other Negative Emotions. Dr. Galves was the ISEPP Executive Director from 2011 to 2013. The winners of ISEPP's annual awards will be announced at the conclusion of the program. ISEPP traditionally gives three awards to people who have demonstrated a keen dedication to ISEPP's principles throughout the year.