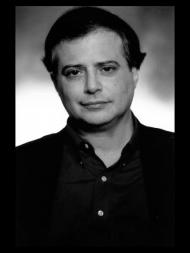 Art Levine is a prize-winning investigative journalist and contributing editor of The Washington Monthly and a former Alicia Patterson Foundation Fellow and Nation Institute Investigative Fund grantee. He has written for The American Prospect, Salon, The Atlantic, The Daily Beast, Mother Jones, Truthout, AlterNet and numerous other publications. Among other awards, he was honored as “Journalist of the Year” by the Florida chapter of the National Alliance for the Mentally Ill in 2001 for his articles in City Link, a Florida weekly, exploring the criminalization of the mentally ill in South Florida. In 2005, as a Health Policy Fellow with the Progressive Policy Institute, he wrote a prescient major report, Parity-Plus: A Third Way Approach to Fix America's Mental Health System that looked at roadblocks to using effective treatments. Since then, he has exposed a wide range of corporate and government wrongdoing. His most recent work is Mental Health Inc: How Corruption, Lax Oversight and Failed Reforms Endanger Our Most Vulnerable Citizens.