The Dewey-Bull Theory of Emotions

The Dewey-Bull Theory of Emotions 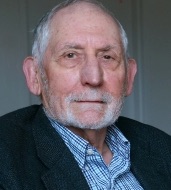 Many years ago (1894), the noted philosopher John Dewey published a theory of emotions that today might seem peculiar, at least at first glance. He proposed that each emotion is a bodily process like breathing, only painful if obstructed. Dewey’s articles were ignored because, oddly, he provided no examples: he didn’t describe the patterns of obstruction that cause grief, anger, fear or shame to be painful.

Much later Bull (1951) partially responded to Dewey’s theory. She provided one example: grief is painful only if there is too little crying. No attention has been given to these writings; little evidence has been offered to support them. This note describes a small bit of evidence that might be relevant: my own personal experience of catharsis of obstructed emotions (Scheff 1979, 2007).

Some 50 years ago (I am nearing 90), I had a personal experience of removing obstructions of grief, anger, shame and fear. It occurred when I enrolled in a small informal class called Re-evaluation Counseling (1965). Although not mentioned in the class or it’s supportive writings, it seems to be based on the Dewey-Bull theory. After the first class, I cried every day for almost a year. Since at the age of 40 I hadn’t cried since childhood, I was quite surprised and gratified. The crying seemed to remove or at least decrease a substantial amount of pain and doubt.

Similarly, instead of bearing anger for much of a day and night, I saw that my little screams produced a flash of heat in my whole body that ended the anger. After a few minutes. I was no longer angry. A great relief, since in those days I was often angry.

A prolonged burst of happy laughter seemed to remove shame or embarrassment completely.

Unlike the other three emotions, fear was infrequent. But a few moments of intense sweating and shaking removed fear the few times that it occurred.

There is a complication which I can only mention in passing in this brief note: not all crying, shouting, shaking and laughter removes obstructions of emotions. For example, one can cry for many, many hours without removing the obstructions. I would guess that most of the crying, laughter and shouting that we see is like this. To remove obstructions, these actions must be under control, even though the person who is crying, laughing and/or shouting may not know that they have control. But in my experience, there have been moments when I needed to attend to business other than my emotions. To my surprise, I could stop and start the cathartic process at will. I have called this feature “aesthetic distance” because it resembles that emotional reactions of audiences in the theatre (Scheff 1979).

Most people in modern societies seem to have little interest in emotions. They take their beliefs about them for granted. In actuality all emotion terms, especially in English, are undefined and highly ambiguous. For example, most of the emotion research in psychology is not about emotions themselves, but about facial expression of emotions. Facial expressions are visible, without dealing with the problem of emotions, which are partly internal. In this way, they think they are studying emotions, but they only deal with a very small aspect.

Since the public and most of the researchers seem to be certain that the four emotions dealt with in this note are inherently painful, it will be difficult to convince them that they are not. According to this theory, we need not only to think differently about emotions, but research them directly, and also stop hiding them from self and from others so one can experience each emotion directly.

Scheff, Thomas. 1979. Catharsis in Healing, Ritual and Drama, Berkeley: U. of Calif. Press.