It’s All Settled Now! Antidepressants Work. Or Do They?

It’s All Settled Now! Antidepressants Work. Or Do They? 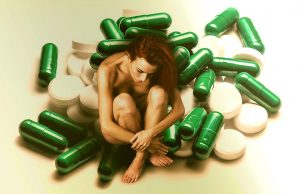 It's All Settled Now! Antidepressants Work. Or Do They?

A recent Medscape Psychiatry article announced the results of a "mega-analysis" study of the effectiveness of antidepressants vs. placebo. The lead researcher boldly claims "I think, once and for all, we've answered the SSRI question." There are many follow on assertions just as brazen, but just as misleading. Here are a few:

"...SSRIs work. They may not work for every patient, but they work for most patients. And it's a pity if their use is discouraged because of newspaper reports."

"The finding that both paroxetine and citalopram are clearly superior to placebo...when not producing adverse events, as well as the lack of association between adverse event severity and response, argue against the theory that antidepressants outperform placebo solely or largely because of their side effects...."

"...our results indirectly support the notion that the two drugs under study do display genuine antidepressant effects caused by their pharmacodynamics properties."

"And we did have an impressive, robust difference between active drug and placebo...."

These statements sound impressive. But the effect sizes between the SSRI and placebo groups in the study demonstrate that the difference between the groups is nearly meaningless. The reported effect sizes ranged from .31 to .49. See the graphic representation below which shows an effect size of .5:

This bold sounding announcement that the question has been finally settled about SSRIs' superior effectiveness is typical of those who continue to support the medical model of human suffering. They use statistics to obscure practical and clinical significance. Looks good in medical journals and unless one understands the basics of statistical analyses (in most cases, the effect size is the telling number), it sounds good in media reports too.

The article mentions Irving Kirsch, Ph.D., who has critiqued the use of SSRIs (as have many others). Dr. Kirsch rightly points out another little known issue with studies like these. Not only is a placebo effect likely just because someone knows they are taking a substance (and they think it is the SSRI), but also because those taking the real SSRI will notice the psychoactive effects of the real chemical, and this will enhance the placebo effect. So, one would expect a small effect size difference between the SSRI and placebo group based on this alone. This is exactly what the study shows. Dr. Kirsch cautions that we should weigh this small, meaningless, effect with the potentially harmful side effects of taking these and other drugs to quell human emotional struggles, typically in combinations with other psychoactive drugs.

These above issues make this announcement weak. The study is far from demonstrating that SSRIs, or any other psychoactive drug, is an effective way to address the meaning-laden and personal struggle we call depression.