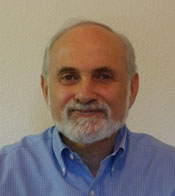 Psychotherapy is not quite a dying profession. But it is certainly a limping profession. Statistics indicate that over the past two decades fewer and fewer clients have gone in for "the talking cure." What's going on?

The typical reasons given for this decline are the following four. First, the pill-popping mental disorder paradigm has made meds more attractive than talk. Second, life coaching has grabbed a significant bit of psychotherapists’ clientele. Third, psychotherapists have done a poor job of branding themselves (compounded by legal restrictions against certain kinds of promising). And fourth, there is some basic passé quality to the whole enterprise, with its long-ago early-nineteenth century flavor.

On top of these, there are other reasons, too, reasons that were always there. For one, it was never really clear what a psychotherapist was supposed to be an expert “at.” Interpreting a dream? Diagnosing a mental disorder? Being a paid listener? Picking a single thing (like a client’s cognitions) as the most important thing or even the only thing to look at? Making wise suggestions? Never making any suggestions? What exactly was this sort of talk supposed to accomplish or even be “about”?

Further, psychotherapy was only attractive to a certain sort of person: basically, to an educated, psychologically-minded person who was willing to talk and willing to reveal. The client had to buy into the basic idea, that sitting, chatting with someone, and telling him or her about what was bothersome was something that made sense to do and was worth doing once a week for fifty minutes (for three hours, really, if you included the commute and the waiting time). So, right from the beginning, there was always a limited pool of prospective clients.

What's more, the staggering range of psychotherapist types, personalities, styles, and basic competences made landing on a therapist who might really serve you quite a crapshoot. Here was a person you were supposed to trust and open up to: and you might get someone wet behind the ears, or trapped on a single note (“And how did that make you feel?”), or not very wise, or icy cold, or downright cruel.

This same variety and eclecticism that made every psychotherapist his or her own gunslinger, one using unsubstantiated Freudian language, another still poring over dreams, a third looking only at cognitions, a fourth rebranding psychological conflicts as spiritual crises, and so on, meant that it was rather hard to believe that there was actually any there there. Didn’t it rather seem like each psychotherapist was just making it up?

Of course, psychotherapy always had one thing going for it: talking to another person can help. That person need not have been a psychotherapist—it could be your brother, aunt, pastor, or best friend—but by and large psychotherapists were good at listening, empathizing, reflecting back, and so on, qualities in short supply among people not paid to exhibit them. That was always what psychotherapy had going for it. But it also had all the negatives I just described; and so, the chickens were really bound to come home to roost.

So, what might now save psychotherapy? Shifting its feet. Rather than promoting itself as expert talk of one sort—expert at “diagnosing and treating mental disorders” or expert at “reducing mental and emotional distress” or expert at “solving problems of living,” it could—and really ought to—promote itself as the best investigative tool around, one that uses the scientific method (by floating hypotheses and checking them out) rather than pretending to be a pseudo-medical enterprise or a medical sub-specialty (which it is not).

If psychotherapy shifted in the direction of promoting itself as the premier investigative tool for understanding emotional health and problems in living, and lived up to that promotion, that would change its footing, putting it on much more solid ground. It would also help therapists better know what they were actually doing in session, in addition to listening: they would be investigating. A great body of knowledge around what constituted smart investigating could grow, all therapists could be trained in something really useful and actionable (ways of investigating), and, insofar as human nature is amenable to being investigated, finally some smart investigating could commence.

I’m calling this reframed, redefined and rebranded version of psychotherapy multi-lens therapy, to put the emphasis on where it ought to have been put all along: not on diagnosing, not on problem-solving, not even on relating (which is a good and lovely thing), but on investigating. A multi-lens therapist would be trained to look at human affairs through twenty-five specific lenses (among them the lenses of original personality, formed personality, trauma, development, family, circumstance, social connection, and life purpose and meaning) rather than reducing the enterprise to the reductionist tactic of “treating the symptoms of mental disorders.” A multi-lens therapist would be trained to accept the largeness of human reality and, as a result, would work more deeply, more powerfully—and more truthfully—with clients.