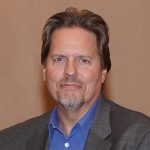 In response to political pressure, The World Health Organization's legislative body just ratified a June 2018 proposal to redesignate "gender incongruence" (called "gender dysphoria" in the DSM) so that it is no longer a mental illness.1 This change will be reflected in the 11th edition of the International Classification of Diseases (ICD). While I applaud any effort to depathologize natural human variation in interests and preferences, is this really how it works? Mental illnesses are voted in an out of existence because of political pressure and changes in ideas about morality? Well, yes, that is precisely how it works.

The advocates of this change claim it "...was taken out from the mental health disorders because we had a better understanding that this wasn't actually a mental health condition and leaving it there was causing stigma."2 But we don’t identify real illnesses this way. Instead, we study the problem to determine what is causing the symptoms. It is only after we have a good theoretical hypothesis for, or actually find, the bodily defect responsible for the symptoms that we dub it an illness. We don’t merely claim that we have a “better understanding” of it without providing any scientific evidence or critical reasoning. It seems that "a better understanding" in this case means that they just thought it was a good idea to do it that way.

So how do we define mental illness? The ICD defines it as "a clinically recognizable set of symptoms or behaviour associated in most cases with distress and with interference with personal functions."3 (I wonder why just in "most cases"). The DSM's definition is far more convoluted than the ICD's, but it still seems to include just about anything that causes distress and interference in social functioning. Since it is clear that bucking the conventional ideas and behaviors about gender is going to attract righteous indignation and cause distress for the person, why wouldn't gender incongruence be considered a mental illness regardless of political pressure?

Further, keep in mind that gender incongruence was not completely removed from the ICD with the World Health Organization’s vote. Instead, it was only removed from the section dealing with mental illness but it was added to the section entitled "conditions related to sexual health." This was done in order to "...reduce the stigma while also ensuring access to necessary health interventions...."4 It is there along with the paraphilias, sexually transmitted diseases, and premature ejaculation. But how does removing gender incongruence from the mental illness section and placing it into the real illness section reduce the stigma? And why would we need a separate category identifying "necessary health interventions" that only transgender people suffer unless it is because of their transgender status? Doesn't this just worsen and perpetuate the stigma?

There have been other examples of this kind of shell game of eliminating mental illness by moral decree. For instance, during antebellum America, "dysaesthesia aethiopica" and "drapetomania" were discarded as mental illnesses.5 These had been used to diagnose slaves' laziness and their urges to escape their masters, respectively. They were considered serious mental illnesses at the time and slave owners must have been quite worried that they would contagiously spread throughout plantation life. But we now rail against the blatant racist morality upon which they were founded.

This is also what happened in 1930s Germany when Dr. Hans Asperger came to the Nazi party's aid to designate the inappropriateness of socially reticent children as "autistic psychopathology."6 With this mental illness Dr. Asperger explained why those children didn't want to join the Hitler Youth and gave a reason for the Third Reich to euthanize some of them. We have heard echoes of this mental illness throughout the subsequent decades in the familiar name "Asperger's disorder," until it was removed from the DSM in 2013 and incorporated into the more serious designator "autism spectrum disorder" (by a vote).

Lest you think these examples were due to uninformed or prescientific minds of the times, there are more recent examples. For instance, the American Psychiatric Association (APA) asked its members in attendance at its 1973 annual convention to vote on whether homosexuality was a mental illness. The resulting tally was 3,810 in favor of its illness status and 5,854 votes against. Consequently, the "homosexuality" designator was removed from the DSM as a mental illness.7  However, even though "homosexuality" was no longer considered a mental illness, those same people who had earlier been diagnosed with homosexuality could still be diagnosed with "sexual orientation disturbance," "ego-dystonic homosexuality," or other diagnostic categories that reflect the difficulties inherent in living a gay lifestyle, especially openly. It is absurd to vote on whether homosexuality is a mental illness, it is even more absurd that 40% of those voting believed it was an illness. And this is science?

All mental illness diagnoses suffer from this very same problem, including gender dysphoria. They aren't diagnoses of true illnesses. Instead, they are designators for experiences and behaviors that are considered by DSM or ICD committee voting members to be abnormal because they are in conflict with appropriate ways of living. This is reflected in the branch of psychology that deals with mental illness - abnormal psychology. But there is more to it than just being abnormal (it would require a whole chapter to explain the phantom concept of abnormality). There is also an element of contempt and disgust that is reflected in popular comments about those labeled with mental illnesses, such as, "He's not right in the head," and "Something is wrong with her." We don't see similar comments about right and wrong regarding true illnesses such as cancer and diabetes, unless the illness has to do with a moral failing such as with sexually transmitted diseases.

But just how do we distinguish between this kind of normal (right) and abnormal (wrong) mental functioning and behavior? If we dig down beneath the layers of medical disguise, we inevitably find the answer. The kind of abnormality associated with mental illness and the commonly held contempt about it is based on morality, not science. This includes the most recent example of how moral standards were the basis for identifying gender incongruence as a mental illness until this month, when a different set of moral standards were used to justify eliminating it as a mental illness. This move was not science and it does nothing to address the larger problem of allowing the medical and mental health industry to dictate appropriate morals.