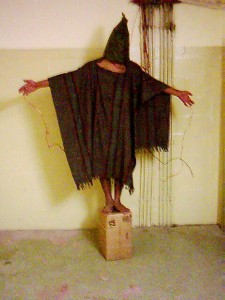 Over the past decade, there have been numerous allegations of inappropriate collusion between the American Psychological Association (APA), CIA, and the Department of Defense (DoD) with the intent of molding APA ethics guidelines to allow psychologists’ continued involvement in enhanced interrogations, considered torture under international law. Still, APA leadership stood firm in the face of the mounting evidence against them.

The ISEPP Board of Directors has followed this issue, releasing two public statements (here and here) and joining with Physicians for Human Rights, Psychologists for Social Responsibility, and the Coalition for an Ethical Psychology in public petition to the APA. Last November, the APA finally commissioned David Hoffman of Sidley Austin, LLP, to conduct an independent investigation.This past July, Hoffman’s report was released. It was a bombshell, revealing many deceptive deeds committed by senior representatives of APA, to include the Ethics Director, in order to curry favor with the DoD and the Bush administration. Since its release, some of the senior APA representatives involved have been fired, resigned, or retired early.

With the Hoffman report in hand, the APA Council of Representatives surprised many in August at the annual APA Convention in Toronto when it overwhelmingly passed a resolution that finally banned all psychologists’ participation in any national security interrogations that violate international law regarding cruel, inhuman, and degrading treatment. The only dissenting vote came from the Society of Military Psychology Division representative and former military psychologist at Guantanamo who was one of the DoD representatives colluding with the APA. We wait with cautious optimism for this resolution to be implemented (the caution is because a member-driven referendum with the same ban in 2008 was never enforced by the APA). 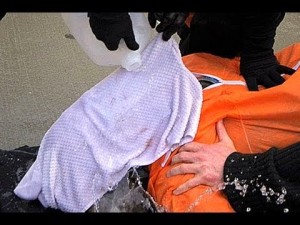 In addition to our public statements and petitions to the APA, ISEPP has also been involved in the development of new ethical guidelines intended to supplement APA’s Ethical Principles of Psychologists and Code of Conduct, and to prevent the kind of nightmare revealed by the Hoffman report. In particular, the Coalition for an Ethical Psychology invited ISEPP’s Chairman of the Board of Directors, Chuck Ruby, Ph.D., to represent ISEPP at a workshop on the ethics of operational psychology in Brookline, MA, that took place September 18-20. As a retired military counterintelligence officer and psychologist, Dr. Ruby had been consulted earlier by the Coalition in the development of ideas about the ethics of operational psychology (see Arrigo, J.; Eidelson, R; & Bennett, R (2012). Psychology Under Fire: Adversarial Operational Psychology and Psychological Ethics. Peace and Conflict: Journal of Peace Psychology. 18:4, 384-400.). At the workshop, Dr. Ruby joined with experts from several professions to develop principles and guidelines for operational psychologists. The formal report entitled “The Brookline Principles on the Ethical Practice of Operational Psychology”, was released today to the press, professional organizations, and distributed widely within the APA.

ISEPP remains committed to continue this fight of bringing psychology back in line with the basic values of do no harm and respect for human dignity.