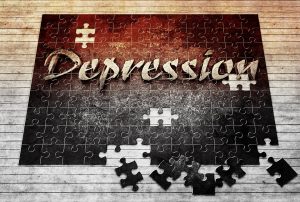 The Observer published a January 7th article by Johann Hari entitled, "Is Everything You Think You Know About Depression Wrong?" In it he questions the prevailing views about depression being caused by a chemical imbalance, among other things, such as the grief exception in the DSM5. One day later, Dean Burnett, identified as a "doctor of neuroscience," critiqued Hari in one called, "Is Everything Johann Hari Knows About Depression Is Wrong?" Dr. Burnett's piece addresses Hari's claims by, first, denigrating him, and then by basically claiming the bulk of what Hari said was either not true or that it is common knowledge and, thus, inconsequential. But there are some huge problems with Dr. Burnett's critique.

Whereas considering one's reputation is important in assessing an author's credibility, still the validity of the material is an independent matter. Disreputable people can claim valid facts. Ad hominem attacks are never helpful. Ending the opening section after having denigrated Hari with a comment to imply something like, "Let's see what he has to say anyway" ("...assume Hari has written this article with 100% good intentions and practices.") Dr. Burnett doesn't negate the preemptive negative effect of questioning his credibility.

Dr. Burnett avoids, as do most advocates of the medical model of human suffering, the big question: Is depression (and all other so-called "mental illnesses) a brain illness as supported by scientific evidence? Demonstrating biological underpinnings of depression obfuscates the issue. All things human are accompanied by biological underpinnings without being considered illness. Take for example hair color, height, temperament, athleticism, and cognitive ability. All these things are possible because of their biological underpinnings. But none are considered illnesses. It is only when we can scientifically demonstrate some lesion, malfunction, or defect in that biology that leads us to a conclusion of illness. For instance, we can demonstrate dangerous blood glucose levels with diabetes; detect damage to bones in a broken leg; and observe the ravenous onslaught of cancer. There is no such thing happening to the biology that underlies depression (or any other mental illness). Given this lack of evidence, medical treatment is not appropriate, and potentially dangerous.

And please don't counter with the worn-out "but things like chronic fatigue syndrome and restless leg syndrome don't have evidence of pathology either." First, you're right. But I question whether these "syndromes" are actually physiological illness, since they can be explained by other means. But second, this lack-of-evidence problem doesn't apply to a whole grouping of disease entities in real medicine. The so-called mental illnesses are all this way. Imagine if all pulmonary diseases were created without any evidence!

The chemical imbalance theory of mental illness does not need to be "challenged." One cannot challenge a theory that has no supporting evidence, other than to point out it has no supporting evidence. Science doesn't work by proving negatives; i.e., that there is no chemical imbalance. Those who assert the hypothesis are obligated to provide the evidence, and they haven't. There has never been any evidence presented that demonstrates a chemical imbalance (or any other bodily malfunction) causes depression or that depression is an illness. Keep in mind the term "imbalance": an imbalance vs. a balance must be demonstrated. Not just neurochemical changes that occur when a person is depressed. Neurochemical changes occur for every human experience and activity. And this empty theory has been going on since the 1950's when the drug industry and psychiatry stumbled upon chemical "cures." The convenience of this coincidence cannot be ignored.

Despite pointing out that Wikipedia outlines "several factors widely considered to be important" in depression, physicians, psychiatrists, and drug companies (at least as of last night when I watched the Abilify commercial) still encourage people to think it is a chemical imbalance. People don't go to Wikipedia for depression; they go to their doctor. Those of us in the business know first hand that those doctors tell people they have a chemical imbalance, sometimes for life, and sidestep "bio-psycho-social" factors as mostly irrelevant (actually, and not surprisingly, they do give some attention to the "bio-" part).

They also do not explain how drugs work, what they do, what they don't do, and the harmful effects of taking them, especially in combination with other drugs and over a long period of time. In my 20 years of doing this work I have never heard of even one example of such an explanation.

All this despite what NHS, NIMH, NAMI, CDC, or any other organizations may display on their websites and despite what faculty and students talk about in universities. The truth is that where the rubber meets the road it is explained as a chemical imbalance and pills are pushed, and the psycho-social part is just portrayed as an afterthought. The widespread belief in this chemical imbalance by the lay public attests to what they are being told.

While it is clear Hari's exaggerated use of depression being diagnosed one minute after the loss of a baby was intended for effect, any currently practicing psychotherapist, psychologist, psychiatrist, or physician knows full well that it doesn't take weeks of complaints before a person is diagnosed with depression. That can happen within minutes of walking into a doc's office for the first time and complaining about the so-called symptoms of depression. We who actually do this work on a daily basis hear about examples from the victims themselves. And the typical response by the doc is a prescription for antidepressants, or worse yet, benzodiazepines. "Oh, and yes, it would be a good idea to talk to someone."

And, finally, people do not get depression in their brain. Depression is a meaningful dilemma that resides in experience. It is not a medical matter, nor a matter to be drugged, anymore than a rough day should be drugged with a stiff drink. But then, we don't consider stiff drinks as medicine and we don't think of bartenders as doctors.