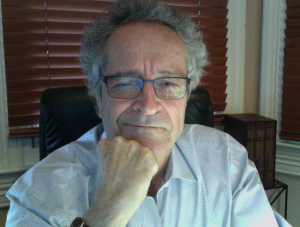 In my previous commentary concerning suicide (see July 21, 2017) I made the point that even though suicidal thinking is quite common, actual suicidal death is not; it’s only 1.5% of all deaths in the U.S. (2015 statistics). One “expert” (I’ve forgotten who it was) claimed it was 250 thinkers of suicide to 1 doer. It’s even greater than that when one realizes that suicidal thoughts are often camouflaged. “I’m sick and tired…,” “I hate my life,” “Life sucks!” But WOW does suicide make headlines, particularly when the rich and famous do it: of late, Anthony Bourdain, the world-traveling chef/social commentator, and Kate Spade, the billionaire handbag entrepreneur. Both hung themselves. Why so much interest? Well, perhaps it’s as in the old Broadway song from Camelot “What do the simple folk do?” Well, “They sit around and wonder what Royal folk would do!”

No, there is more to it.

We are shocked, I think, because: (1) we project on those who seem to have everything (fame, fortune, beauty, brilliance) great happiness, and (2) we (the public) tend to see suicide as a consequence of mental illness. Thus, “We didn’t know that _____ was mentally ill!” There is a dearth of existential thinking in our culture. Our fascination with suicide has really more to do, I think, with our perplexity about life. WHO AM I? WHAT AM I DOING HERE? Facing meaninglessness and/or chronic pain is or can be tortuous.

99.9% of the time suicide is a very private affair. The suicide takes place alone in a hotel room, behind the shed, the privacy of one’s own room, or home when everyone has gone out. The other 0.1% is a grand performance usually to make some profound statement. I recall with horror watching on TV the Buddhist monks in Vietnam self-immolate to protest the goddamned WAR! More recently, a gentle person, environmentalist, David Buckel, on April 14, 2017, imitated the Buddhist monks this time in Prospect Park Brooklyn: “My early death by fossil fuel reflects what we are doing to ourselves,” he wrote in his final email. Perhaps as therapists we must always be looking for the underlying message, whether it be a socially redeeming commentary or a “Fuck YOU to all who hurt me!!”

Steve Pinker in his new book Enlightenment Now: The Case for Reason, Science, Humanism and Progress ( 2018, Viking Press) takes on the issue of happiness (see chapter 18) and examines the suicide rates of three countries for which there is the best historical data (US, Switzerland, England).

There are various peaks and troughs these last 150 years with all three countries showing the highest rates during the Great Depression (Switzerland ~25.6/100,000; US ~17/100,000; England ~20/100,000). He has no explanation for the current bump in the US suicide rate from about 10 in 1960 to about 11 in 2000 to about 13 currently. Nor does he find evidence of an increase in depression. We really can’t use the disability numbers because there are economic incentives to declare oneself depressed. The current psychiatric profession helps this along by being quick to diagnose this “brain disease.” Nor is there evidence of any increase in serious mental illness or for that matter of loneliness. And although he feels Americans“should” (page 284) be happier given how “amazing our world has become” he also acknowledges that the increase in anxiety is not pathological. In fact, “anxiety has always been a perquisite of adulthood.”

So, my worried friends, family, colleagues: welcome to maturity.