Heading Off Complaints of “Anti-Psychiatry Bias”

Heading Off Complaints of “Anti-Psychiatry Bias” 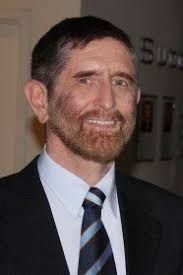 The 2017 report of the Special Rapporteur to the UN Human Rights Commission on the "right of everyone to the enjoyment of the highest attainable standard of physical and mental health" (UN Human Rights Council, 2017) attracted very strong criticism from mainstream psychiatrists (Dharmawardene and Menkes, 2018). It was seen as biased against the biomedical model of mental disorder in general, and against psychiatrists in particular. This criticism was completely misdirected (Cosgrove and Jureidini, 2019; McLaren, 2019). A further report has just been released (UNHRC July 2019) but, before leaping to the barricades, it is most important that psychiatrists fully understand the meaning and significance of these reports.

Firstly, the Special Rapporteur, appointed in 2014, is Prof. Dainius Puras, a distinguished Lithuanian child and adolescent psychiatrist and epidemiologist, and a person with the highest international credentials to chair this type of project. As a working psychiatrist, it is not rational to belittle his conclusions as "anti-psychiatry" although it is true that he is resolutely opposed to bad psychiatry. It is also factually wrong to see these reports as open to the "bias" of a single individual. Second, for readers in Australia and New Zealand, his conclusions must be seen in the context of the often bitter criticism of mainstream psychiatry drawn forth by two current enquiries, the Australian Productivity Commission Enquiry into Mental Health (2019) and the Victorian Royal Commission into Mental Health (2019). Psychiatrists who believe they are offering the best of all possible treatments for the best of all possible reasons, and are thus above criticism, urgently need to read the public submissions before delving into the latest UNHRC report.

The intellectual basis of Puras' current report includes many propositions with which there will be no disagreement, as per the following items:

1. ....In the present report, the Special Rapporteur highlights the importance of the social and underlying determinants of health in advancing the realization of the right to mental health...

7. ...States also have an obligation to create supportive and enabling environments that foster mental health and well-being....

21.... States do not invest enough resources in mental health in general...

28. Actions taken to realize the right to mental health must be of good quality, and they require evidence-based data and information that is multidisciplinary....

However, the main thrust of the report will cause angst among many psychiatrists, to wit, that the ever-growing emphasis on a biomedical approach to mental disorder is inappropriate:

19.... the outsized influence of pharmaceutical companies in the dissemination of biased information about mental health issue...(leads to an) overreliance on coercive, punitive and overmedicalized measures... (which) demonstrate a lack of political will to support, replicate and sustain evidence-based social interventions that foster well-being, prevent discrimination and promote community inclusion.

21.... States do not invest enough resources in mental health in general... a larger proportion of available resources are directed to ineffective systems, reliant on excessive medicalization, coercion and institutionalization, breeding stigmatization, discrimination, disempowerment and helplessness.

28....Responses to mental health conditions that are based on the use of coercion... are becoming the rule. Continued investment in policies and services, with prevailing patterns of coercion, excessive medicalization and institutionalization, are a serious obstacle to the effective realization of the right to mental health. Such systems reinforce vicious cycles of stigmatization, discrimination and social exclusion, and may be more detrimental than the mental health conditions they are supposed to treat.

For the many psychiatrists who firmly believe that biological reductionism is not just the correct approach to mental disorder, but the only conceivable approach, these are inflammatory remarks. The idea that our forms of treatment could, on balance, be inequitably distributed, do more damage than good, at greatly excessive short- and long-term cost, and with dismal efficacy, will be reflexly rejected. This defensive response would, however, be exceedingly unwise. All is not well in psychiatry, as the existence of the above-mentioned enquiries indubitably demonstrates.

If, however, psychiatrists manage to convince themselves the enquiries are just some bothersome window-dressing from which no good will emerge, there is ample, highly reliable evidence that theirs may not be the best of all possible worlds.

1. The Royal College of Psychiatrists was recently forced to acknowledge that, despite its previous attempts to deny the possibility, antidepressants are addictive (RCPsych 2019). This accounts in part for the relentless increase in numbers of people taking these drugs in Western countries (now 16% of adult population in UK). At the same time, there is emerging evidence that people taking antidepressants are likely to have a worse outcome (Hengartner, Angst and Rössler 2018).

2. Antipsychotic drugs shorten the lifespan (Correll et al 2015). That is, people who, for example, are detained and compelled to take drugs against their will just on the basis of potential "reputational damage" (whatever that means) are likely to die younger as a direct result, albeit with their reputations intact. At the same time, recent studies have added to the already strong evidence that antidepressant drugs are neither as effective nor safe as the manufacturers claim. Hengartner and Plöderl (2019) concluded:

3. Drug companies in the US have acted unethically and, in at least some cases, illegally, to produce an "epidemic" of opiate addiction which now claims about 50,000 lives a year and shows no signs of abating. As a result, the life expectancy in the US has declined for several years in a row, the first time this has ever happened in a developed country in peace time. This is part of a pattern of scandalously venal and/or illegal conduct by drug companies for which they have been fined a collective $42billion in the US over the past ten years (Gotzsche, 2015; Whitaker and Cosgrove, 2015).

4. The argument that ECT is "essential and irreplaceable" in treatment of mental disorders evaporates under close scrutiny (Read and Arnold, 2017). It should be noted that the recent Guidelines on ECT issued by the Royal Australian and New Zealand College of Psychiatrists (RANZCP 2019) do not address the critical point of whether ECT is necessary. In fact, analysis of readily available figures reveals that it is not, that the main driver for the rapidly increasing use of ECT in Australia is the financial rewards it generates for the private psychiatric industry (McLaren, 2018).

5. The relentlessly expanding list of diagnostic categories of mental disorder has long passed the limits of common sense. What we are now seeing is the medicalisation of normality (Horwitz and Wakefield, 2007; Frances, 2013).

6. Long-term use of drugs with strong anticholinergic effects, such as antidepressants and antipsychotics, is associated with an increased risk of dementia (Coupland et al 2019). Overwhelmingly, these drugs are approved on the basis of short-term trials, often only weeks, whereas large numbers of people take them for decades. Long-term studies demonstrate that their efficacy is grossly over-rated  (Wunderink et al, 2013) while reanalysis shows that many trials are unreliable (Le Noury et al, 2015).

7. With the NIMH Research Domain Criteria project (Insel et al, 2010), psychiatry has committed itself to a project of biological reductionism which is hugely expensive, has no rational basis and can never succeed (McLaren, 2011). This is not a matter which can be countered by claims such as: "They used to say that heavier-than-air flight was impossible, too." It is the case that mental properties cannot be  reduced to or explained away by their physical mechanism (Stoljar, 2010). No psychiatrist has ever argued a remotely plausible case that the ordinary, or even extraordinary, techniques of laboratory science will ever tell us anything interesting about mental disorder, let alone explain it with no questions unanswered, yet the great bulk of psychiatric research funding will now be directed to basic biological sciences.

8. On March 6th 2018, the RANZCP issued a press statement claiming inter alia that:

The prescription of antidepressant or antipsychotic medications is something that a psychiatrist only ever does in partnership with the patient and after due consideration of the risks and benefits (RANZCP 2018, emphasis added).

This claim was manifestly untrue and it was impossible for those who authorised it to believe otherwise.

This strongly suggests that even though psychiatrists are very happy with their work and don't see any need for criticism, many people on the receiving end of it aren't quite so enthralled. By effectively abandoning the psychosocial elements in their former mantra, psychiatrists have painted themselves into a biological corner, but there is no Plan B. For anybody who takes psychiatry seriously, I see grounds for despair. Psychiatrists more and more are showing at best, the trappings of a medieval guild (Cosgrove and Whitaker 2015) or, at worst, an ideology or cult (McLaren 2013). Blame for this rests squarely on psychiatry's lack of a model of mental disorder and its adamantine refusal to accept the criticism which is the only path to rectifying that deficiency (McLaren, 2018).

Science proceeds by criticism of the status quo; in the canon of science, not even that proposition is beyond criticism. Attacking critics such as Puras will never conceal the intellectual hole at the heart of modern psychiatry. Indeed, the extreme defensiveness of psychiatrists attests to their intellectual insecurity. As psychotherapist and author Gary Greenberg noted:

It's the universal paranoia of psychiatry that everybody who disagrees with them is pathological. You can't disagree with a psychiatrist without getting a diagnosis... (they) diagnose the critic (Reece 2013).

If and when, by their constant breaching of the most fundamental rules of the conduct of science, psychiatrists succeed in destroying public confidence in their profession, it will be both supremely ironic and a tragedy for the mentally-disturbed.

Read, J, and Arnold, C (2017). Is electroconvulsive herapy for depression more effective than placebo? A systematic review of studies since 2009. Ethical Human Psychology and Psychiatry 19: 5-23.

UN Human Rights Council (2017, 2019) Report of the Special Rapporteur on the right of everyone to the enjoyment of the highest attainable standard of physical and mental health.