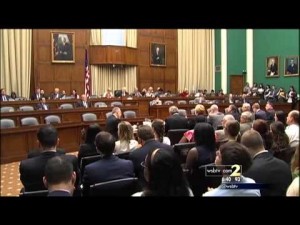 During the last two weeks of October, Al Galves and Joe Tarantolo (the former ISEPP Executive Director and Chairperson of the Board, respectively) visited several Congressional offices on Capitol Hill, to express ISEPP’s grave concern about HR 2646. This bill was reintroduced in June by Representative Tim Murphy (R-Pennsylvania) in the Energy and Commerce Committee. It is ostensibly a reaction to the spate of violent incidents that have caught the public’s eye over the past few years. A 2014 Energy and Commerce Committee investigation concluded, “…those with untreated severe (or, used interchangeably, “serious”) mental illness (SMI) are at an elevated risk of exhibiting violent behavior….” The Committee referenced only one, quite dated, study to support this contention. In addition to being 25 years old, the study also conflates labels of “mental illness” with the actual factors that increase risk of violence (Swanson, J., Holzer, C., Ganju, V., & Jono, R. (1990). Violence and Psychiatric Disorder in the Community: Evidence from the Epidemiologic Catchment Area Surveys, Hospital and Community Psychiatry, 41(7), 761 -770).

Nevertheless, Al and Joe were very impressed with the members of the Energy and Commerce Committee staff. Both the Republican and Democratic staffers had spent enough time with people who oppose the bill to have a deep and comprehensive understanding of its problems. They suggested Al and Joe meet with Representative Murphy's staff and to write a letter to the Chairman and Ranking Member of the Committee. While they were unable to meet with Murphy's staff, they did draft a letter in record time (as is typically needed for Congressional action) and sent it to the Committee. The letter was signed by Al, Joe, Dominick Riccio (current Board Chair) and Chuck Ruby (current Executive Director).

During the Committee hearing, Ranking Member Pallone twice mentioned ISEPP by name as one of several organization, including the ACLU, who have concerns about the bill. That makes us think Al and Joe’s visit to the Hill made a difference. Let's hope we made enough of a impact to keep this bill from being passed by Congress.

A better bill to replace HR 2646 should have provisions that support and expand non-medical model approaches such as Vermont’s Soteria house, which has been recently opened in Burlington. Also, New York could expand the open dialogue approach that is now being used by the Parachute Project in New York City. The bill could even fund private non-profits like Melwood in the greater metropolitan DC area. For over a year now, Melwood (with the help of ISEPP’s Mary Vieten) has been running a unique, non-medical model, program that helps military and veterans suffering from war trauma.

The text of ISEPP’s letter reads:

We write to you as practitioners in mental health, and advocates for safe, humane, and life-enhancing treatment for people diagnosed with mental disorders. Our organization, the International Society for Ethical Psychology and Psychiatry (ISEPP), is made up of professional mental health clinicians, scholars, educators, peer-advocates, and “psychiatric survivors.” This is the term we use to designate those who have been hurt by the current, broken, mental health system. We applaud Congress’ intense interest in addressing this brokenness, and we thank Representative Tim Murphy’s efforts to bring this issue to the forefront of Congress’ attention.

We have serious problems, however, with many of the H.R. 2646 provisions:

(1) We oppose, both as mental health practitioners and citizens vested in civil liberties, provisions that restrict civil rights. It is mandatory that criminal behavior be distinguished from eccentric behavior and bizarre speech. In a word, it is not against the law to be “crazy.” It is against the law to behave illegally. We realize, of course, that the two often are mixed, that criminals can also be mentally ill. The alleged criminal is entitled to due process. The mentally ill person, criminal or not, needs treatment.

(2) We realize as practitioners that it is very often necessary to engage family members, friends, and associates of the identified patient. As good clinicians we should always be open to listening to what they have to tell us about the patient. But it is also crucial that we respect any of the patient’s expressed instructions not to divulge very private matters. It remains clinical judgment when to seek out help or give counsel if a patient is incapacitated or in a dangerous predicament. HIPAA regulations do not need revision. There is adequate leeway now allowing appropriate interchange between therapists and family. There need be no significant change in HIPAA’s regulations. Therefore, we oppose Section 401 of H.R. 2646.

Section 401 sets a dangerous precedent by making diagnosis-specific exception to the privacy rule. In one fell swoop, the mentally ill no longer have the same privileges of any other sick person being treated by professional caregivers. Do not make treatment odious to the mental patient by depriving him of legitimate privacy.

(3) Assisted Outpatient Treatment (AOT) laws as prescribed by H.R. 2646 are a very slippery slope. These laws are heavily geared toward forcing psychotropic medication, usually the neuroleptic (also called anti-psychotic) drugs. Although as practitioners we realize there is a place for offering these drugs to distressed individuals, they should only be prescribed with adequate informed consent. Given their profound adverse reaction profile (severe neurological damage, brain shrinkage, cognitive decline, metabolic abnormalities, decreased life expectancy, deadening of emotionality) it cannot be considered an irrational decision to reject their use. The argument that the mentally ill cannot make that decision is vastly overstated. As clinicians we have rarely had patients who can’t say, “yes, that helps” or “no, that feels terrible.” For these reasons we oppose rescinding funding from states that have not passed AOT laws.

(4) As practitioners and advocates for the mentally ill we have grave concerns about H.R. 2646 weakening standards that justify in-patient commitment.

(5) AOT programs are heavily invested in the use of drugging patients as a first line of treatment. Although drugging may be indicated in selected patients, the weight of the evidence is that drugs are at best short-term solutions. In a penetrating study published in 2007 by Martin Harrow and Thomas Jobe, they found in their 15-year follow-up “A larger percent of schizophrenic patients not on anti-psychotics showed periods of recovery and better global functioning (p< .001).” (“Factors Involved in Outcome and Recovery in Schizophrenic Patients Not on Anti-psychotic Medications: A 15-Year Follow-Up Study,” Journal of Nervous and Mental Disease, Volume 195, page 406, 2007).

A recent study featured on the front page of the New York Times (“New Approach Advised to Treat Schizophrenia” October 20, 2015) reported an approach used in Finland and imported to the US called “Open Dialogue” which uses intensive family therapy and social interventions with minimal anti-psychotic medication. The Open Dialogue approach fared significantly better than the usual high dose drug approach. A pilot program in New York called the “Parachute Mental Health Program” offers both respite centers for the mentally ill and mobile treatment teams that go to the home of the identified patient. Preliminary data suggest these programs prevent hospitalization and therefore potentially give more bang for the mental health system buck. Hospitalizations are extremely expensive and disruptive. Investment in these alternative approaches merits Congressional support.

(6)We oppose the provisions of H.R. 2646 which constrict the work of the patient protection and advocacy agencies which protect the rights of disabled persons.

(7)As practitioners and patient advocates we oppose provisions of H.R.2646 which defund and weaken the recovery oriented approaches that have been promoted by the Substance Abuse and Mental Health Systems Administration (SAMHSA). There is ample evidence that these non medical approaches are not only effective but also less costly than the typical AOT’s. We believe it is important to maximize the voices of mental health consumers. And that is what SAMHSA programs provide.

(8) Any legislation must approach the arena of mental health treatment with great humility. There are myriad theories and ideologies. Resources supplied to the States by the Federal government must be given with strings attached, viz., “show us the evidence” that your approach(es) is/are effective, safe, humane, and life-enhancing.