Don’t Be Fooled by Fake News

Don’t Be Fooled by Fake News 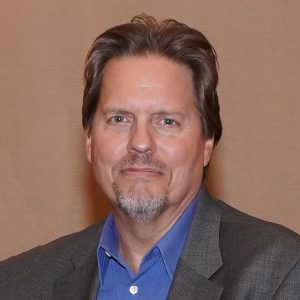 Don't Be Fooled By Fake News

There is a pernicious problem in the media that has existed for some time, namely, "fake news." But unlike the political rantings intended to mislead the public and denigrate the sources of opposition information, this kind of fake news is truly fake and that claim can be demonstrated.

The fake news I am referring to is the multitude of claims made by mental health researchers that show up in professional journal articles and popular news headlines, but that have no empirical basis. Instead, many times the results of research are presented in language that gives the impression of impactful scientific discovery supporting the reality of mental illness, as illness. It serves to mislead and misinform both lay and professional audiences. This is unethical and counter to the principles of "do no harm" and "informed consent."

A typical example was a very recent article published in The Journal of Clinical Endocrinology and Metabolism with the title, "Antidepressants reduced risk of mortality in patients with diabetes mellitus: a population-based cohort study in Taiwan". This title is clearly stating that antidepressant drugs were the causative factor in reducing deaths among diabetes patients. It is also implying the value, safety, and effectiveness of the drugs for the treatment of depression. However, if one looks at the study's methodology and results, it is clear this is fake news.

Because the study was retrospective and the people were not randomly assigned to groups, with one of the groups being prescribed antidepressants and the other not, causation cannot be determined. Correlation is the only conclusion possible. Thus the oft cited caution: "Correlation does not equal causation."

The study found that people who are prescribed antidepressant drugs had a lower risk of death. The relative risk figures ranged from .20 to .73, meaning the risk of death for those taking the drugs was between 27% and 80% lower than those not taking the drugs. Using a 9% risk of death for diabetes patients over 10-years, this would mean those who take antidepressants would lower their risk to between 2% and 7%. Such a finding gives the impression that the drugs are beneficial, not only for depression but also for reducing mortality.

However, to be intellectually honest, the only thing that can be concluded with this data is that antidepressant drug use is correlated with lower mortality among diabetes patients. It cannot be concluded that "Antidepressants reduced risk of mortality...." [Italics added] as is stated in the article's title.

Let's look further into the data to see the real news. According to the researchers, the higher mortality non-drug group was composed of more people who were: male (lower life expectancy than women), elderly (more likely to die), and poor (less access to medical care). The non drug group also had a higher incidence of heart failure and more severe complications from diabetes (perhaps because of being male, older, and poorer?).

These factors are given only cursory attention in the article. The researchers point them out, yet they don't appear to place much significance in them. Still, they can clearly explain why on average those in the non-drug group died earlier than those in the drug group, independently of whether or not antidepressants were used. At the very least, these factors cast significant doubt on the researchers final conclusion as stated in the article's title.

A popular website humorously demonstrates this problem of "spurious correlations." At this site you can see several examples of apparently strong correlations between two variables that have no true causative relationship. For instance, there is a .95 correlation (unheard of in medicine or the social sciences) between per capita cheese consumption and dying by becoming tangled in your bedsheets. If we took the approach of the above antidepressant and mortality study researchers, we would conclude that eating cheese causes us to die by getting entangled in our sheets! What a financial hit to the cheese industry but a boon to other completing snack companies.

Other meaningless but very strong correlations shown on this site are:

Incidentally, a troublesome finding of the antidepressant/mortality study, and that wasn't reflected in the title, is that one of the seven psychiatric drugs tested was correlated with a 48% increased risk of death. The drug is called a reversible inhibitor of monoamine oxidase A (RIMA), which increases the effects of serotonin, norepinephrine, and dopamine in the brain. This drug is said to offer "a multi-neurotransmitter strategy for the treatment of depression."

Only one short sentence in the antidepressant/mortality article mentions this potential danger of RIMA, but says nothing else about it. It is also given trivial mention in the concluding remarks: "Most ATDs but not RIMA were associated with significantly reduced mortality among population with comorbid DM and depression." [Italics added] Notice that statement didn't say that RIMA increased the risk of death. Why wasn't the article entitled, "Newly developed drug for depression shown to increase risk of death."?

Be careful what you read. Don't trust the headlines as they are usually written in a way to grab attention, not fully summarize the matter. Moreover, don't unquestionably trust the mental health industry as its leaders have a political and financial agenda that many times outweighs any interest in accurately portraying research results. Be informed and take the time to learn the truth.