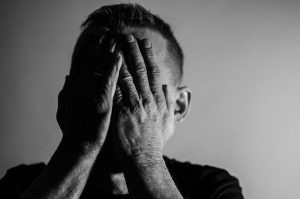 A recent study on bipolar disorder published at the International Journal of Epidemiology has problems. The biggest problem is it is not asking the most important question: How is bipolar disorder related to the desire and ability of people to live the lives they want to live? Bipolar disorder is a state of being characterized by certain subjective feelings and certain behaviors. If we assume that human beings are organisms which want to live their lives in enjoyable, satisfying ways, what does this state of being have to do with their ability or inability to do that?

The study is being done with apparent ignorance of the fact that human beings are meaning-making, desiring organisms who want to live their lives in certain ways and who, if they are unable to do so, are going to experience the states of being associated with all of the mental illness diagnoses. The study is missing its proper context. It is hanging in a kind of limbo. In the absence of a proper context, it is unlikely to be very useful to human beings.

I’m making an assumption here. I need to explicate it. I am assuming that human beings want to live enjoyable, satisfying lives. I’m also assuming that, in order to live satisfying and enjoyable lives, the great majority of human beings will have to be able to love the way in which they want to love and work (express themselves) in the way in which they want to express themselves. In the words of the positive psychologists, they will have to use the best part of themselves in the interest of something larger than themselves, have positive relationships with others and experience competence, achievement and mastery.

What evidence is there for these assumptions? What do human beings want in their lives? What are the roots of happiness? What are the ingredients of human well-being? What are the components of health? What are some of the factors with which health is associated?

I don’t have the answers to these questions. But I think these are the questions that need to be asked.

But this data is being gathered in the absence of a useful context or an attempt to make meaningful sense of it. The authors say the etiology of bipolar disorder is unknown. But they don’t offer any hypotheses about what that etiology might be. And they don’t seem interested in exploring that question. It used to be that one of the psychologist’s jobs was to come up with a formulation of the case. What is going on with this person? This person is engaging in some bizarre, troubling and somewhat impairing behavior. What is the meaning of it? In what way may it be somehow functional? What can this tell us about what this person wants, how are they going about getting it and how they are reacting to the results they are achieving. These researchers aren’t asking these questions.

They also don’t seem open to the possibility that mania or depression might be somewhat functional for a person, might help a person have a useful experience or a desired experience, albeit bizarre and even impairing in some way. They are assuming that these states of beings are diseases and nothing more.

The connections between childhood trauma and mania makes sense in this context. People who experience trauma in early life will likely have trouble managing their emotions and will have various kinds of trouble in interpersonal relationships. They will also suffer from cognitive deficits. The development of the brain in the first year of life is contingent on good attunement between mother and infant. We can assume that a child who is traumatized probably did not benefit from such attunement. So this child will suffer some cognitive and emotional deficits. Those deficits will make it difficult for him to be as successful in life as he might want to be. If a tremendous about of pressure is put on him to be successful, great, exalted, he might want to experience that kind of success and greatness. But the only way he will be able to do that is to go through a manic episode in which he can have the illusion of such greatness and success.