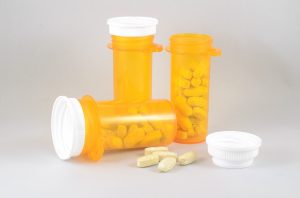 Are we seeing yet another spurious correlation peddled to the public as medical research? A study published at JAMA Pediatrics suggests that acetaminophen use during pregnancy causes ADHD. This study harkens back to the thalidomide controversy of the early 1960's, but instead of birth defects, the fear is that  a common over-the-counter drug may disrupt fetal brain development leading to ADHD. It has been reported to the general public here and here, among other outlets, not only causing fear among parents but also continuing to perpetuate the myth that ADHD is a real disease.

For now, let's set aside the fact that little evidence supports the neurobiological defect model of ADHD, the debunking of the Diagnostic and Statistical Manual of Mental Disorders (DSM), in which ADHD is listed as a disorder and is thus also invalid, and that ADHD makes no sense from a logical perspective. Let's instead get into the weeds of this study and consider a simpler explanation for the data showing a correlation between acetaminophen use during pregnancy and later ADHD.

This study was an analysis of over 64,000 mothers and their children  from the Danish National Birth Cohort from 1996 to 2002. The researchers gathered data regarding the mothers' acetaminophen use during pregnancy and the later incidence among these mothers' offspring of problems associated with hyperactivity. The study found that the offspring of mothers who took acetaminophen during pregnancy had higher rates of these problems.

But these are relative risk statistics. If one looks at the absolute risk, the difference becomes even more meaningless. For example, using the largest risk ratio (# 1 above - hyperactive risk), the difference in risk was a matter of 5.7% vs. 4.3%. In other words, an offspring of a mother who took acetaminophen during pregnancy had a 5.7% risk of scoring greater than a 7 on the Strengths and Difficulties Questionnaire Hyperactivity Scale, in contrast to a 4.3% risk of scoring greater than 7 by the offspring of mothers who did not take the pain reliever.

If there is any evidence that a drug causes fetal birth defects or neurological damage it should be taken seriously, regardless of the absolute risk. In the case of thalidomide, there was ample evidence that the toxic nature of the drug caused real defects. And, if acetaminophen is shown to cause real fetal defects, it should be treated similarly and prescribers and parents warned. But the resulting defect would not be called "ADHD" or "hyperkinetic disorder". The resulting defect would be more appropriately called a neurological disease, as would any other toxic chemical exposure, and fall under the bailiwick of the real field of medicine called neurology. The defect wouldn't be treated as ADHD and we certainly would not want to use toxic stimulant drugs to treat a real defect that was caused by another drug's toxic properties.

But this study was not looking at brain damage or defect. It was looking at the association between the incidence of acetaminophen use during pregnancy and the subsequent categorization of the offsprings' social problems using a set of checklists, not as having a neurological defect (no such defect has ever been demonstrated).

What would be a more simple interpretation of the results of this particular study? It is quite probable that parents who are more likely to resort to a pain reliever such as acetaminophen are also more keenly aware of bodily ailments, and more inclined to use chemicals to soothe those conditions instead of merely tolerating them. As these parents have children, they are also likely to transfer that concern and awareness to their children's ailments.

Therefore, when these parents wonder about their children's hyperactive behavior and other social problems that are subsumed within the diagnostic criteria of ADHD, they would be more likely to see these issues as problematic and indicative of something going wrong rather than as within the normal range of childhood behavior. They would also be more likely to consider seeking out a pediatrician or child mental health professional. Due to the pressures to diagnose in order for health insurance to reimburse a professional's time, these children would then be more likely to receive ADHD (and other) diagnoses, in addition to being the target of symptom checklists such as the Strengths and Difficulties Questionnaire. This alone could easily account for the small correlation between acetaminophen use during pregnancy and the later identification of these problems in the offspring.

The biggest problem with this study is it perpetuates the misunderstanding of ADHD as a real neurological defect, in this case one that is caused by the hormonal disruption of acetaminophen.