The Failure of NIMH

The Failure of NIMH 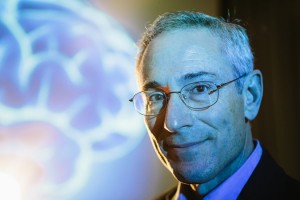 Dr. Thomas Insel, the head of the National Institute of Mental Health (NIMH), has announced he is stepping down after serving in the position for the past 13 years (see http://www.nytimes.com/2015/09/16/health/tom-insel-national-institute-of-mental-health-resign.html). Dr. Insel’s main impact was to reorient the focus of NIMH toward a biological approach to the understanding of mental disorders, especially the serious ones. During his tenure, NIMH’s budget has been about $1.5 billion annually, with the great majority of those dollars going to research on the biology of mental disorders.

Dr. Insel’s appointment to the NIMH, along with his shift in focus, came on the heels of George H. W. Bush’s Decade of the Brain in the 1990’s, that was promised to unlock the mysteries of psychiatric problems by uncovering the biology and genetics of disordered brain functioning. President Obama more recently boosted this focus in his Brain Initiative in 2013, although perhaps too late for Dr. Insel. Nevertheless, this shift in focus was touted as a more scientific approach to diagnosing and understanding brain disorder, bringing psychiatry in line with the other medical sciences like neurology and cardiology.

It was under Dr. Insel’s tutelage that NIMH initiated the Research Domain Criteria (RDoC) program, which is intended to replace the current psychiatric diagnostic system of the DSM series, by building a bottom up system of diagnoses based on brain scan and genetic technology showing dysfunctioning brain biology for each disorder. Dr. Insel launched this program after publicly announcing in 2013 that the prevailing DSM diagnostic scheme was seriously flawed (DSM continues to be used today!).

Despite all the billions and all the rhetoric about how we are almost to the point of unlocking the biological secrets of mental disorder, we still have no reliable or valid biological marker. All we have are pretty brain scan pictures and genetic data showing what we already knew: biology changes, depending on how the body is used. This is true for mental disorders as it is for any human activity, including thinking, imagining, running, singing, and crying. But even with all this research, not one biological marker has been discovered that would enable diagnostic decisions. One would wonder if this is the reason for Dr. Insel’s departure. Have the failed research attempts convinced him to throw in the towel?

Regardless of Dr. Insel’s motivation for leaving, NIMH is left with a problem. It has been assumed the reason they haven’t found the “Rosetta stone” of biological psychiatry is that their research is either underfunded, inadequate, or they just aren’t looking in the right direction. Frequent chants of “we’re almost there!” echo from their halls, but this claim is unjustified. No other scientific research endeavor would continue along such a long line of failed attempts, hoping for the tide to turn “soon”. Other areas of research would have long since abandoned such theories that are not supported by the evidence.

NIMH has overlooked the real reason for not finding the stone: mental disorders (even the “serious” ones) are not brain diseases. In all the decades of scientific research, there has been no reliable evidence that supports the theory of mental disorders as caused by bodily pathology. Therefore, there is neither a disease to diagnose, nor biological marker to find. So-called “mental disorders” or “mental illness” or “mental disease”, whatever interchangeable term is used, are natural human reactions to the vicissitudes of life. Trying to jam these square pegs into the round holes of medicine does nothing but harm people, strip them of their dignity and humanity, and funnel them into a psychiatric pipeline of disability and despair.

The billions poured into brain scan research has acted as a subterfuge. It is like a house built upon a very weak foundation. The house may look impressive, and sell at a high rate. But if its occupants insist on living in it without checking the condition of the foundation, it will soon crumble under its own weight and trap all inside.