Autism: It is About Temperament, Not Genes

Autism: It is About Temperament, Not Genes 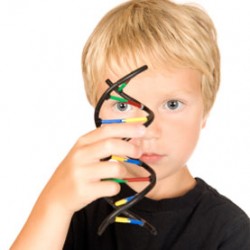 I liked a lot of the article posted below by David Warmflash, and that’s not common, especially when the subject is autism. The author is an interesting man.  He describes himself as an astrobiologist, science writer, physician, and “starstuff that evolved into consciousness.”  He has written a number of articles for Discover Magazine, including Three Totally Mind-bending Implications of a Multidimensional Universe and How Close Are We to Start Trek Propulsion?  He has also written dozens of articles for the Genetic Literacy Project (GLP), including Space twins: Scott Kelly’s one-year space mission could yield genetic bounty, and Is dancing success ‘in your genes’?  Focused on agricultural and human biotechnology, the mission of GLP is to “disentangle science from ideology.”

What is David Warmflash’s conclusion about the cause of autism?  Well, according to Dr. Warmflash, it’s not vaccines, or fluoride, or genetically modified organisms (GMO’s), or glyphosate, or mercury - or cell phones.  Autism isn’t caused by telephone wires, the chemtrails of jet planes, or circumcision either, these last three new to me.

With the skeptical eye of a science enthusiast, he bravely takes on parents who, so frustrated with the misleading and contradictory information provided by self-promoting experts, have come to their own conclusions about autism and to hell with everyone else.  Who could blame them?

Warmflash asserts there is no epidemic.  Why, then, has the number of cases “exploded” in the past two decades?  Well, he says, look first at the ever-widening, ever-inclusive, diagnostic criteria.  Simply put, there are more children who “qualify” for the diagnosis, that’s why.  He referenced Three Reasons Not to Believe in an Autism Epidemic.  The National Institutes of Health (NIH) published this still relevant article ten years ago.  Since then, DSM V widened the criteria even more to create an even larger population of diagnosable ASD children – now in the millions.  (You can read the entire article here.)

Correlations and Associations - Warmflash does a good job of reminding us - and we need constant reminders - about the difference between statistical associations and correlations, and scientific causes.  With some disdain, he criticizes professional papers that tout a newly found association or correlation, and then imply a fundamental discovery of some kind.  Instead, he explains to us, the scientists found a statistical relationship between one variable and another, nothing more.  Still, either knowingly or unknowingly (I don’t know which is worse), often scientists, and their supporters, confuse correlation with cause.  The only outcome for this kind of science is a confused – and angry – public.  (More about correlations and associations here and here.)

Default Position When All Else Fails: It must be genetic - After explaining in detail why all other causes of autism go wanting - accurately as far as I’m concerned – Dr. Warmflash saves the last three paragraphs to explain why genetics is the cause of autism.  He starts with “However, most of the cause is probably genetic.”  He quotes from a recent JAMA Psychiatry article to support his conclusion.

What does “most of the cause” mean?  There are other causes?  The article he wrote said there were no other causes.  Also, and you may have already noticed, “probably” is not a word used in science.  I also read the abstract of the JAMA article he referred to:  Heritability of Autism Spectrum Disorder in a UK Population-Based Twin Sample, March 2015.  Here’s the first sentence from the section titled Results: “On all ASD measures, correlations among monozygotic twins (range, 0.77-0.99) were significantly higher than those for dizygotic twins (range, 0.22-0.65), giving heritability estimates of 56% to 95%.”  (You can read the entire article here.)

The study reveals there are correlations – yes, correlations – between some variables, for reasons left to scientific speculation.  This seems like a clear violation of the advice we received from Dr. Warmflash about correlations and causes.  Also, after reading the abstract, I knew I didn’t need to read the entire article.  There was nothing in it about causation, or they would have said so.

Summary - When it comes to behavioral medicine and behavioral genetics, and their usefulness in understanding autism, the results are nil. There are statistical correlations and associations aplenty, and for an internet-savvy, 24-hour news media, often just enough headline “science” to imply “this causes that,” and on to the next story.  As longtime opponents of the medical model, this isn’t new or surprising to ISEPP members.  Whether it’s ADHD, bi-polar disorder, schizophrenia, depression, or autism, there has never been a cause and effect relationship found by medicine or genetics for those, or any of the more than 400 “diseases” found in DSM V. So, if we’re left with “none of the above,” what does that mean?  Well, our experts continually tell us, the solution hasn’t been found yet, we’re close, so we’ll keep looking.  For a growing number of us, it means autism is not a medical disease, it’s not in our DNA, and it’s not a disability, defect, or disorder, so stop looking.  Are there ways to explain the often “bizarre,” self-harming, uncommunicative behavior for these otherwise delicate, artistic children without invoking medicine and genetics?  Of course there are, a number of ways.  For me, it’s a simple matter of temperament – and a unique defense by some unique, healthy children – for another time.

All things considered, this is a good article, and I’ll be quoting from it.  After reading a few more of his articles, I’m also following Dr. Warmflash on twitter.

Autism: No, it’s not caused by glyphosate or circumcision, but is likely in our genes, David Warmflash | March 23, 2015 | Genetic Literacy Project

What causes autism? The causes are endless, and mounting, if the Internet is to believed as a reliable source. It’s variously: vaccines, GMOs, glyphosate, chemicals in our home, fluoride in water, telephone wires, cell phones and even chemtrails left by jet planes. Oh yes…and males should not be circumcised for there is strong links between boys going under the knife and cases of autism....read more here.